Jessica Nicoll, a graduate of Sarah Lawrence College, began her studies with Carolyn Tate at the Ethel Butler Dance Studio in Washington, D.C. and has been performing, choreographing, and teaching dance in NYC since 1981. She has performed with Kei Takei’s Moving Earth, Phyllis Lamhut, and Beth Leonard, among others. Her own choreography has been presented at DanceSpace Project at St. Mark’s-on-the-Bowery, P.S. 122, The Kitchen, The 92nd Street Y Harkness Dance Center, Dance Now, The Outback Performance Series, Local Produce, and Small Potatoes. Nicoll shared a 1999 OOBR (Off-Off Broadway Review Award) with the Chekhov Theatre Ensemble for their production of King Lear, for which she was the choreographer. Her work has been set on the Harkness Repertory Ensemble at the 92nd Street Y, Westchester Danceworks, and A Different Drum Dance Company at Yale University. She has also taught improvisation and choreography as director of the Young Masters Repertory Ensemble at the 92nd Street Y Harkness Dance Center, where Nicoll has taught since 1985. She has been an artist in public school residencies and a leader of professional development for teaching artists and teachers through the ArtsConnection since 1984 and has guest-lectured at Sarah Lawrence College, the University of Rio Grande, Manhattanville College, Yale University, the Dance Education Laboratory, and at NYFA’s Common Ground series. She is a regular presenter for the education departments of the Metropolitan Opera Guild and City Center in New York City. Since 1990 she has also been designing and leading staff development, dance education training, and family workshops around New York and the country. As a writer, she contributed to Jane Remer’s Beyond Enrichment (1996), to The Dana Foundation’s publication Partnering Arts Education: A Working Model from ArtsConnection (2005), and to ArtsConnection’s Talent Beyond Words (1993) and New Horizons (1996) reports to the U.S. Department of Education. Her personal essays have appeared in American Hiker and Sports Illustrated. Nicoll was awarded ArtsConnection’s 2004 Linda LeRoy Janklow Award and the 2007 Bax10 Award for Teaching Artistry. 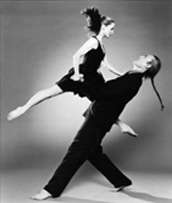